Second stage of the Jbuilder deprecation 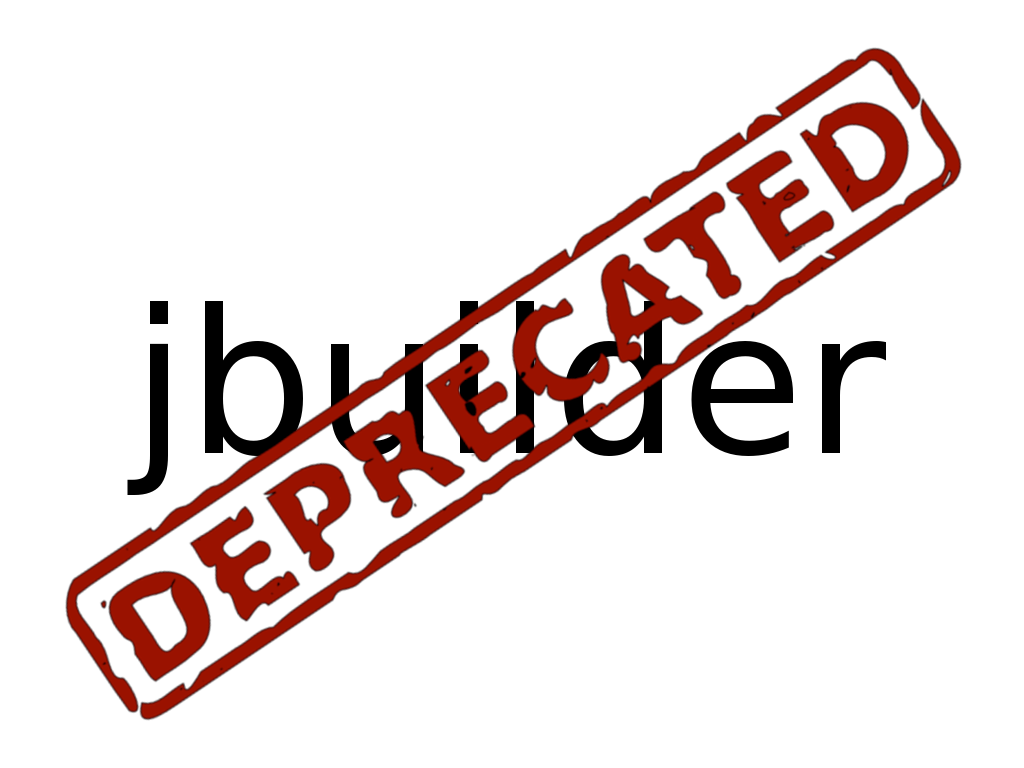 As planned, we are now entering the second stage of the Jbuilder deprecation. This means that the jbuilder binary still exists and work as before however it prints a warning on every startup. Additionally, jbuild files are still accepted but both jbuilder and dune display a warning when encountering them. This behavior is now in the development version of dune and will be part of the upcoming 1.7.0 release.

The support for the jbuilder binary and jbuild files will be discontinued in July 2019. If you haven’t switch your project to dune already, now is a good time to do it.

To do that, you can either follow the migration’s guide, or use the newly added dune upgrade command that does it for you.

The automatic upgrader is a new feature in dune 1.7.0. It automatically convert your project from jbuilder to dune. Using it is as simple as running the following command at the root of your project:

Note that this command also work on workspaces composed of several projects. In this case, all projects in the workspace are converted.

The upgrader crawls the workspace and automatically convert every jbuild and jbuild-ignore files it encounter to a dune file. It also creates dune-project files wherever appropriate. Note that the dune files are all pretty-printed, so the layout of your original jbuild will not be preserved.

Note that this is not a simple replacement of the word jbuilder by dune. In particular, the build instruction are replaced by the recommended ones. This is because in the early days of jbuilder, there were no recommended opam build instructions, and as a result some projects might still not be using the most appropriate instructions. You should review the edits performed by the upgrader to make sure you are happy with them.

For the record, the recommended opam build instructions are the following ones:

The upgrader detects when it is running inside a git repository. In such cases, it issues git commands in such a way that running git diff just after dune upgrade will show you exactly what changed. If you do not like the result or notice a problem with the automatic upgrade, running git reset --hard will undo all the edits and remove the newly created dune and dune-project files.

It is a good idea to run dune build before and after the upgrade to make sure everything works as expected.